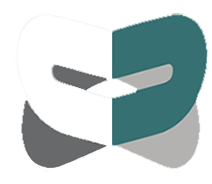 Levetiracetam (LEV) is an antiepileptic drug that promotes recovery of neurological function by alleviating inflammatory reactions. LEV can regulate the activation of microglia and reduce inflammation by inhibiting the JAK2-STAT3 signaling pathway. Furthermore, LEV can inhibit inflammation and provide cerebral protection in early stages of ICH. Therefore, LEV appears to have potential as a drug for controlling ICH. However, the long-term effects of LEV still require further exploration.

Treatment with levetiracetam (LEV) after status epilepticus (SE) termination by diazepam (DZP) prevents the development of spontaneous recurrent seizures. LEV suppresses increased expression levels of proinflammatory mediators during epileptogenesis after SE. Repeated treatment with LEV for 30 days after the termination of pilocarpine-induced SE by DZP almost completely prevented the incidence of spontaneous recurrent seizures, while administration of VPA or CBZ showed no effect on the seizures. LEV clearly suppressed phagocytosis of mononuclear phagocytes, and cytokine expression was observed 2 days after SE. VPA attenuated neuroinflammation only, and CBZ showed no effect on changes after SE. Treatment with LEV significantly suppressed BV-2 microglial activation, which was defined by morphological changes, phagocytic activity and cytokine expression. By contrast, VPA and CBZ did not affect BV-2 microglial activity. In summary, LEV directly suppresses excess microglial phagocytosis during epileptogenesis, which might prevent the occurrence of spontaneous recurrent seizures after SE.

White matter lesions due to cerebral hypoperfusion may be an important pathophysiology in vascular dementia and stroke. In this study, LEV administered after chronic cerebral hypoperfusion reduced cognitive impairment and improved functional recovery, and white matter damage without affecting CBF. LEV protected SV2A protein expression and promoted pCREB protein expression by increasing PKA activity even under hypoperfusion. In addition, it suppressed oxidative DNA damage and lipid peroxidation products, reducing inflammatory processes. To sum up, this study demonstrated that LEV can protect against WMLs due to chronic cerebral hypoperfusion. Deactivation of CREB and oxidative stress disrupt white matter homeostasis, and exacerbate white matter dysfunction. As hypoperfusion may damage white matter in patients with vascular dementia and stroke, LEV may be a broad therapeutic approach for cerebrovascular disorders. Clinically, LEV is used as an antiepileptic drug, but other antiepileptic drugs were unable to protect white matter under long-term hypoperfusion. As patients may develop epilepsy after ischemia, LEV use may be beneficial.

Efficacy, safety, and economics of intravenous levetiracetam for status epilepticus: a systematic review and meta-analysis-2020

IV LEV can be used as a second-line treatment for SE. For patients with SE, LEV has similar efficacy with LOR, PHT, and VPA, and a lower risk of hypotension and requirement for ventilator assistance compared with LOR and PHT. Regarding tolerability, LEV also showed good qualities for it does not increase risks of serious AEs or discontinuation from studies due to AEs in current researches. However, there is still a lack of evidence to support its cost-effectiveness, and more studies are needed to confirm its role for SE.